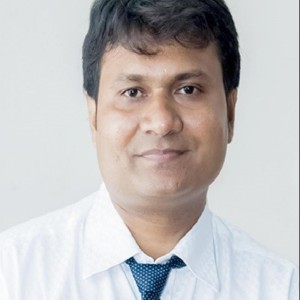 A Definitive Guide to App Development Cost in 2022

When a business owner considers developing an application for his company, one of the initial questions that every client wants to know is, “How much does it cost to develop an app?” It involves a variety of aspects, from the conception of an idea to the launch and marketing of the app.

It’s not enough to approach a mobile app development business with a project concept and have it produced. It includes several steps before connecting with your technology partner. Estimating the app development cost is the most important goal to achieve.

It demonstrates that there is an app for just about anything. Today, developing an app requires a large investment to succeed, and millions of apps are accessible for distribution across platforms such as iOS, Android, and Microsoft. The latest statista report says that the yearly number of app downloads worldwide is expected to reach 299 billion in 2023, up from around 247 billion in 2020. In between, gaming apps were the most popular app category, accounting for nearly half of all app downloads. With a 9.45 percent market share, social networking apps came in second.

Did you know that Instagram has invested around $ 500,000 in its early stages of development?

The point is the more you invest, the better you get back. However, you cannot invest blindly without knowing the project’s outcome and scope. You’ll need to study, explore, and analyze these three things, among many others. In another scenario, even if you know your project’s scope, know how much it will cost to construct an app that every investor wants to learn about right away.

As a result, we’ve dedicated this article to all those interested in learning more about app development expenses. We’ve gone over everything we can think of to assist you in accurately estimating your app development costs.

The cost of app development is determined by needs and complexity. If you look at the graph for 2021, you’ll notice that investors received applications based on their budget. It might be as little as $5000, $50,000, or $500,000. These were chosen depending on the app’s complexity and demand. However, if you go about on other independent websites, you’ll find that they’re nearly identical, with a few minor changes.

According to IT businesses, for example;

After seeing the preceding estimate, you must wonder how these expenditures are calculated. The total cost for the maximum firm is computed using the following formula:

The Total Development Hours are the total number of hours spent on a project. Total App Development Costs Hourly Rates The number of hours required for development is determined by the application’s complexity. For example, if you want to create a simple standard app, you’ll only need a few development hours —which is what most people do.

How Long Does It Take Developers to Create an App?

The length of time it takes to develop an app is determined by the project’s complexity, features, and functionalities. As an example;

The Most Important Factors In App Development Costs

As I previously stated, the development will be fully dependent on the elements of time and money. It contains the following items:

The elements listed above are the most important ones that impact app development expenses. Let us now assist you in analyzing these elements in further depth.

When considering app development costs, you should consider the ‘kind of application’ you intend to create. Regardless of whether the software is simple, semi-complicated, or highly complex, cost estimation will be straightforward based on the project requirements.

After you’ve determined the project type, you’ll need to decide whether you want to construct a single-platform or cross-platform program. The most well-known platforms are Android and iOS. If you opt to design an app for a single platform, it will cost less; if you want to develop an app for both platforms, it will cost more.

Because the app will be built using platform-specific technologies, you may need to invest a large amount of money if you want to design an app utilizing Native Technologies. For Android applications, Android Studio and Java will be used, whereas Swift will be used for iOS. Because native app development takes a long period, the costs will grow dramatically.

It is referred to as hybrid app development when an app is produced utilizing hybrid technologies such as React Native, Kotlin, Flutter, and others. The use of hybrid technology has the advantage of saving a large amount of time and money. Hybrid technologies allow you to create cross-platform apps using a single set of tools. For example, a single app can run on both iOS and Android devices.

Did you realize that your business’s UI/UX phase is the most important? It must be distinct enough to catch the attention of users. You must have realized how important it is to choose the project type properly at the start. The length of time it takes to design an app is determined by the project’s complexity and nature. The higher the costs, the more complicated the design.

An IT business will assist you in assembling a focused team and keeping you informed as the project progresses. You’ll have a personal point of contact, and daily reports will keep you updated on the project’s progress. It will, without question, be more expensive, but it will ensure quality from the quality assurance team and on-time project delivery.

App Maintenance and Other Hidden Fees

Yes, that’s a bonus. Assume you include this in the development of your app. In that situation, you’ll either need to employ an expert to maintain your app or you’ll need to communicate with your development partner to obtain post-development support assurance. It could be remunerated or unremunerated. For example, Itech soft solutions provide six months of free post-development assistance, with further support available at a reasonable rate.

Similarly, all development firms have identical policies. Some companies provide three months of post-development support, while others do not. You have to get in touch with the IT firm and inquire about it immediately.

When it comes to developing an app, knowing how much it will cost is critical. We’ve covered all of the points, but we recommend speaking with an expert or consultant to get a more accurate estimate, as the cost is determined by the app development business you choose. So, if you require any further support in this regard, stay connected.

Q: How much app design cost?

The cost of app design can vary greatly depending on the scope and complexity of the project. Generally speaking, however, it is not uncommon for app design projects to cost anywhere from $10,000 to $100,000+.